How to Shimergo your bike

Campagnolo ERGO levers can work with a SHIMano drivetrain, mechs and cassette. In an earlier post here, I showed some photos of a bike that I had converted to Shimergo. Now I'm going to explain how I did it. Here's a photo of the bike as it was originally. The brake levers are cheap and nasty. 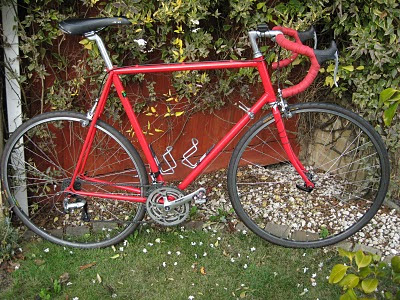 The plan was to replace the brake levers and down tube shifters with Campagnolo Ergo levers (Veloce 10 QS Ergo Levers, from around 2009 vintage). The following links are essential reading:

Original set up was as follows:

According to the above links, the lever swap should work with a little trick to play on the rear mech, namely, the cable attachment bolt washer to be spun round - or "hubbubed".

There's a lot more writing out there, but the above three really convinced me. Plus I saw a forum posting somewhere in which a cyclocross racer reported a season's worth of racing using 10spd Campy shifters on 9spd Shimano with hubbub. That clinched it for me! 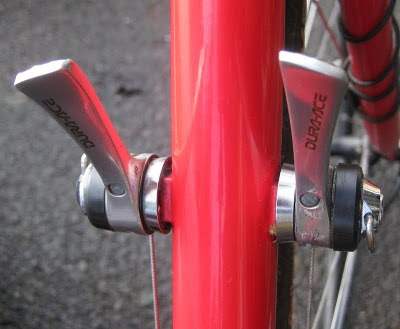